Transport for London (TfL) wanted to take a user-centred design approach to redesigning the interface of their ticket machines.

Low fidelity concepts were taken into research and iterated. The updated concepts were developed into a prototype for further user research. The new interface went live in June 2014. 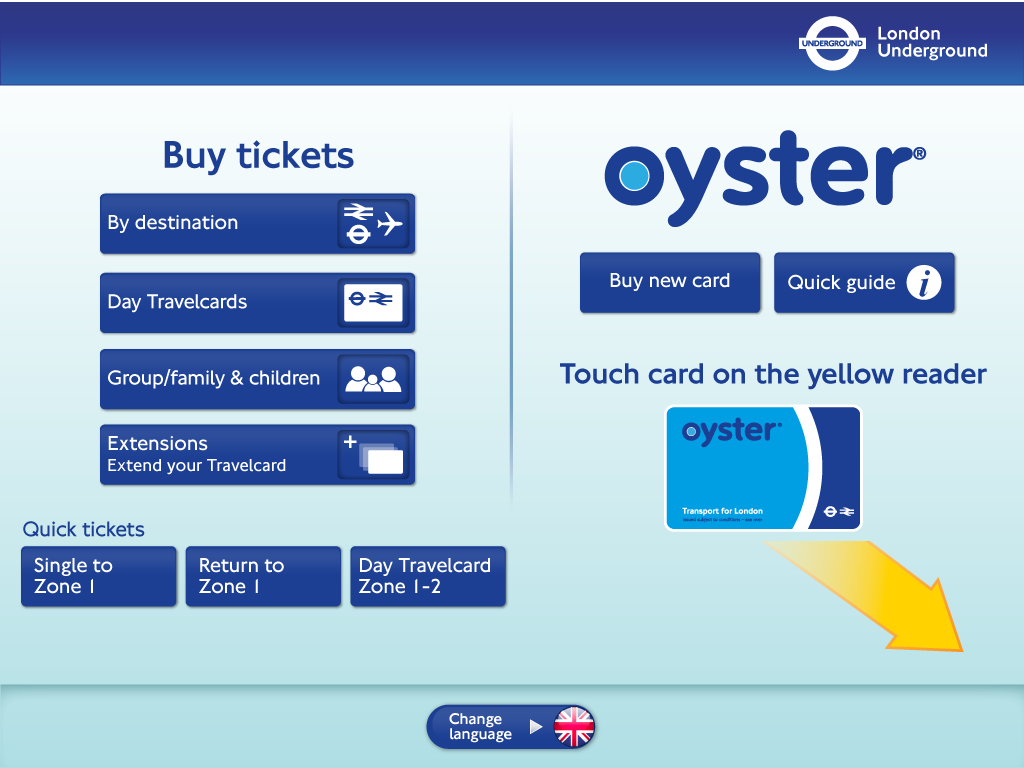 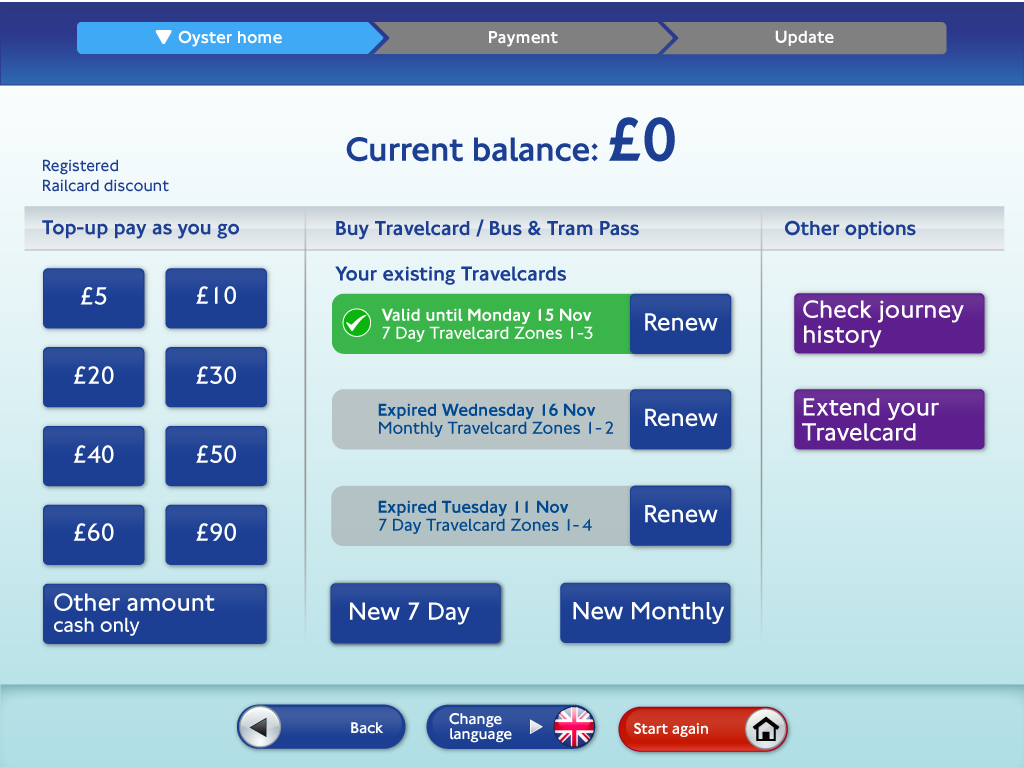 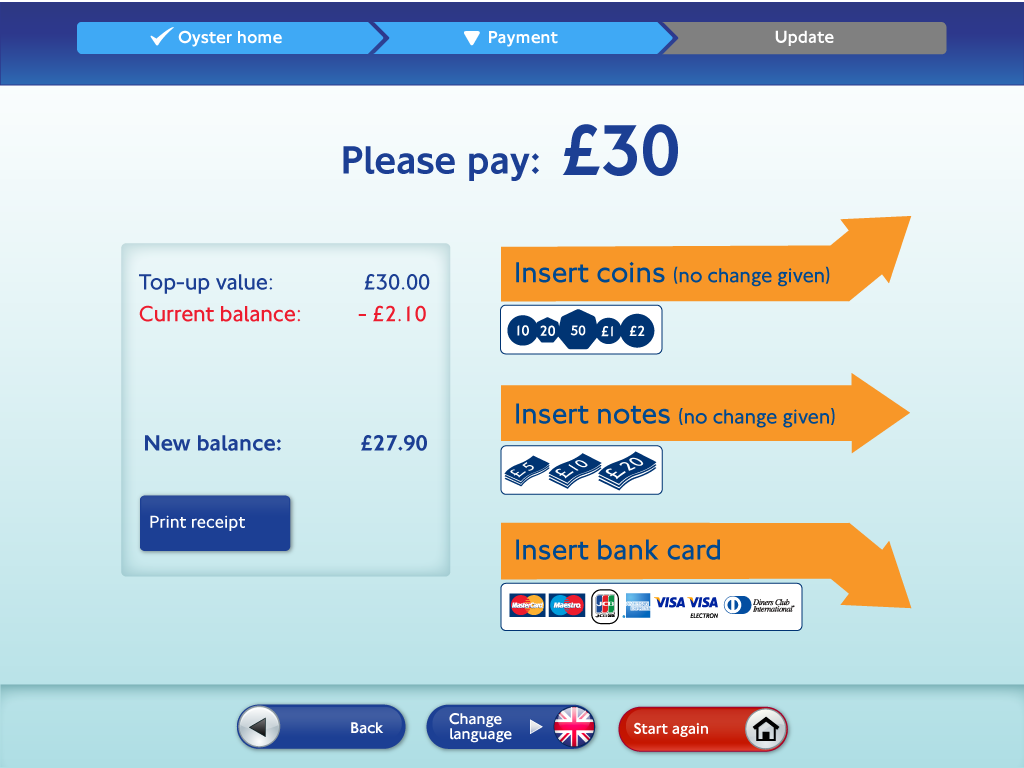 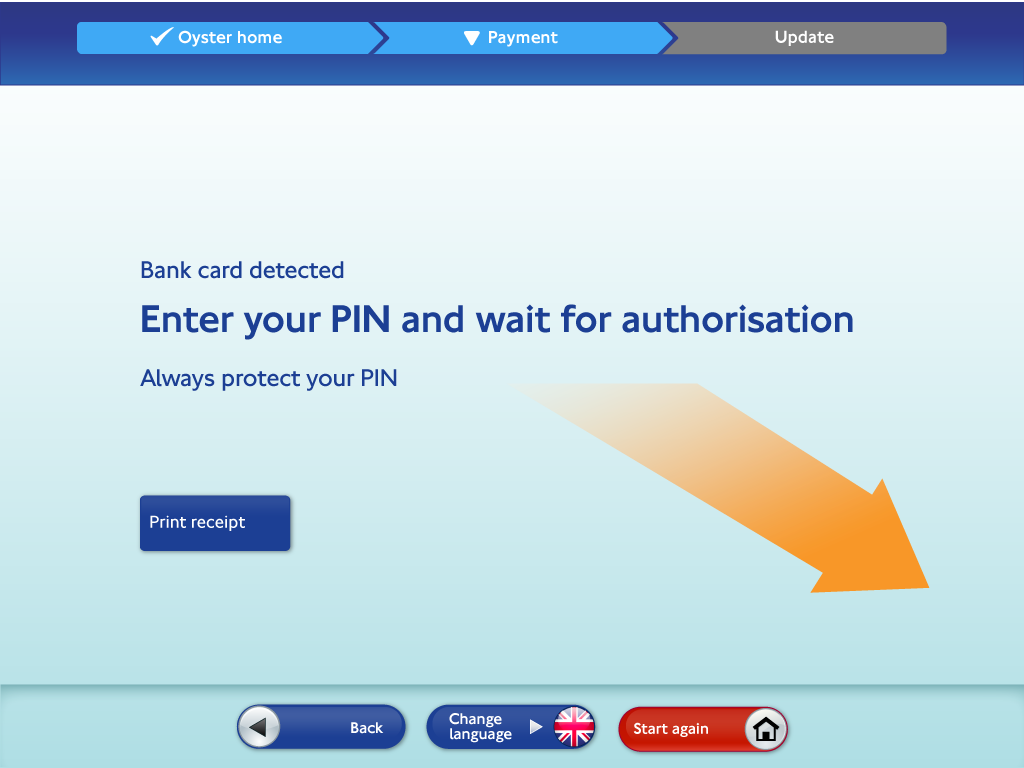 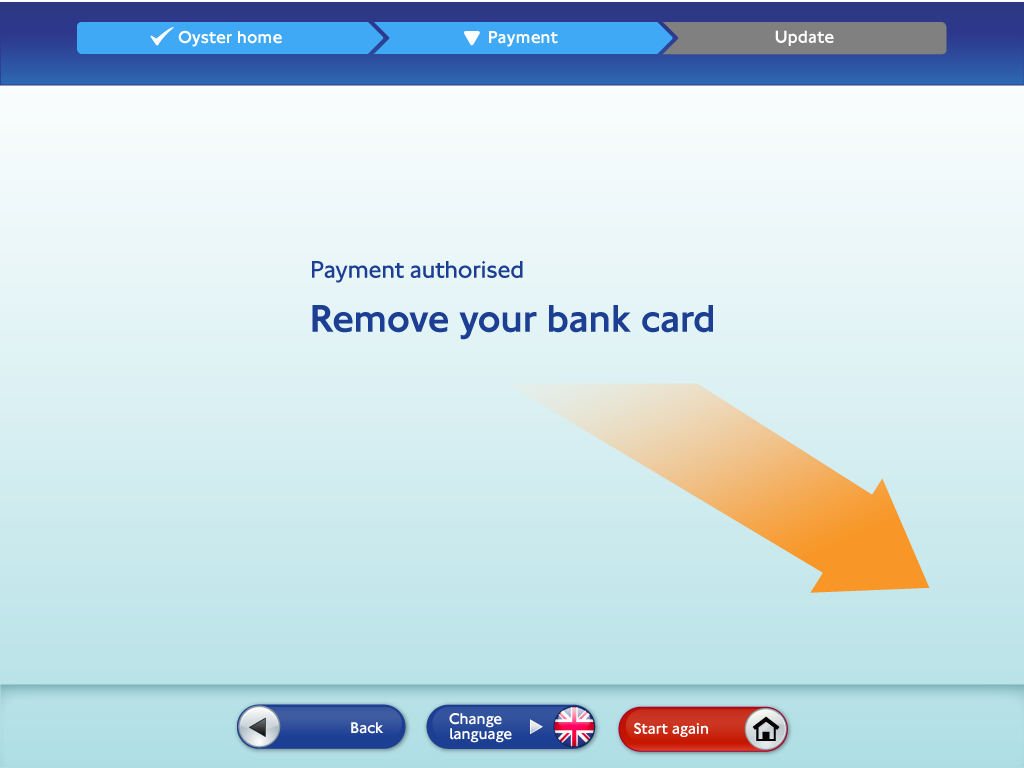 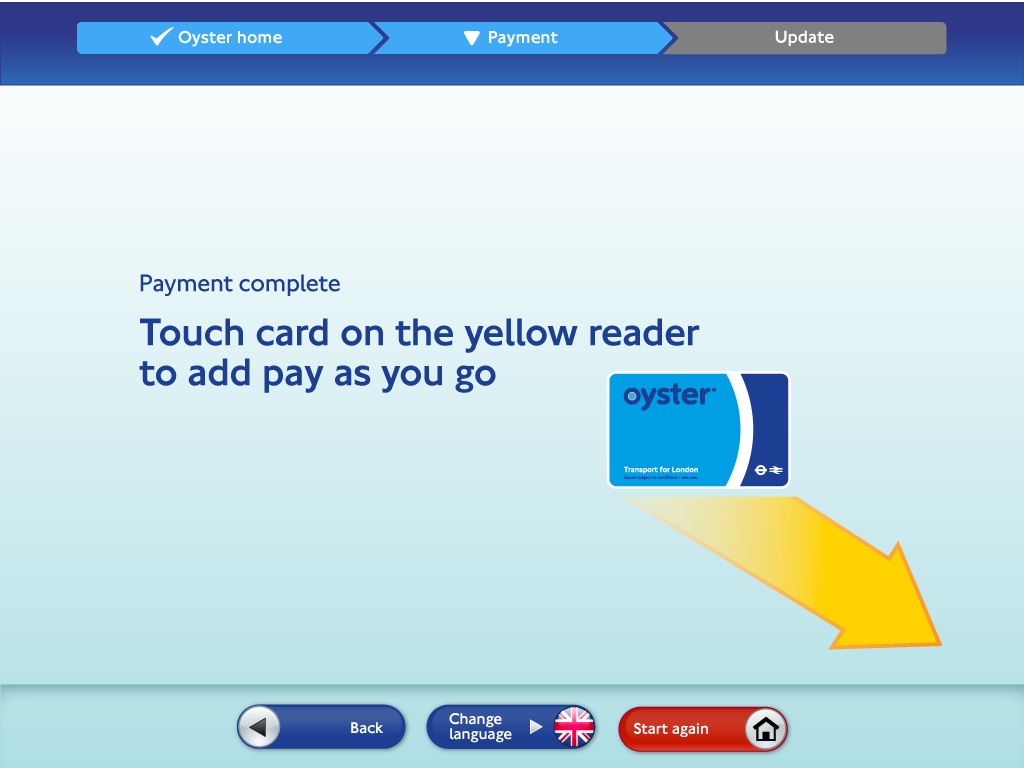 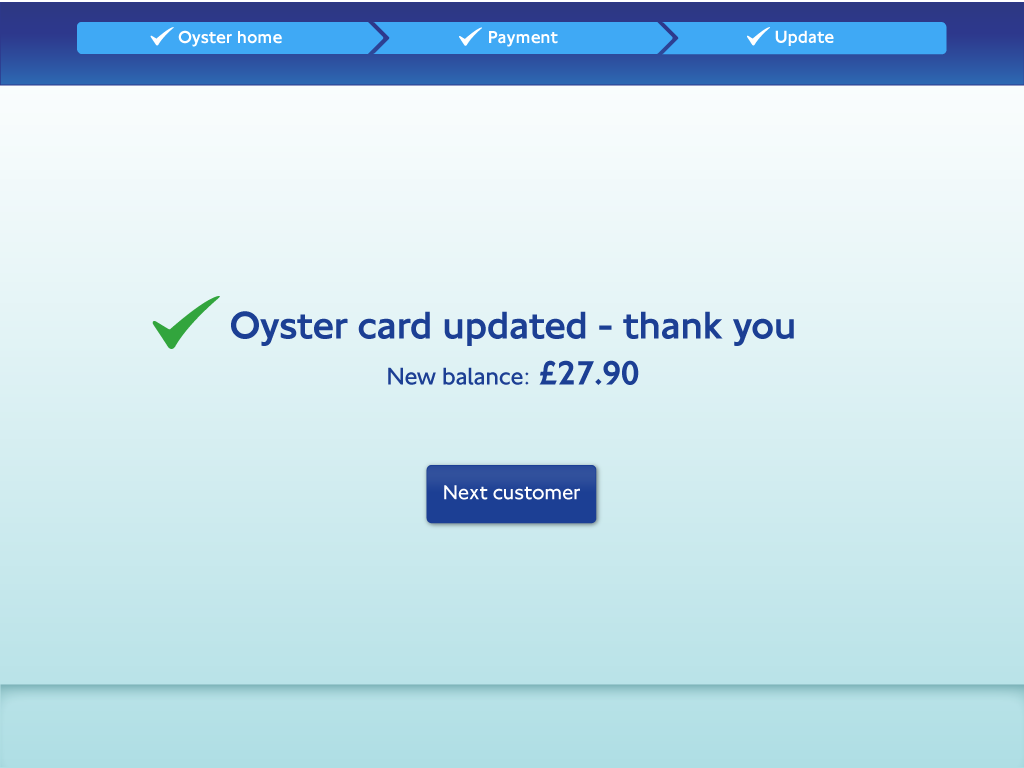 We also had access to research that TfL and some of their partners had conducted. 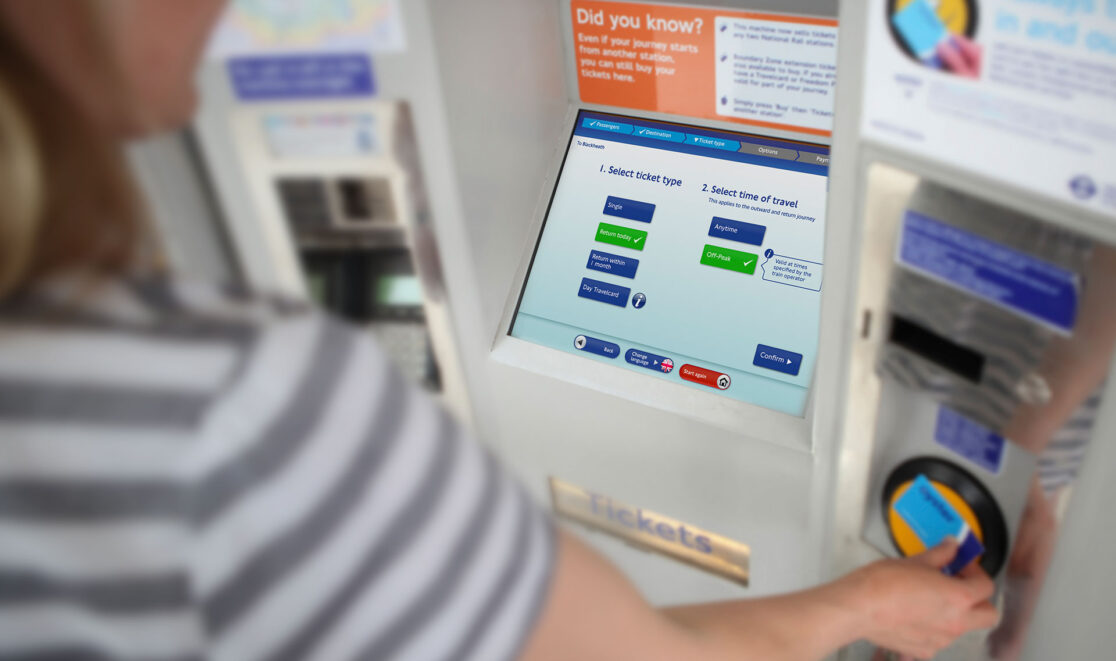 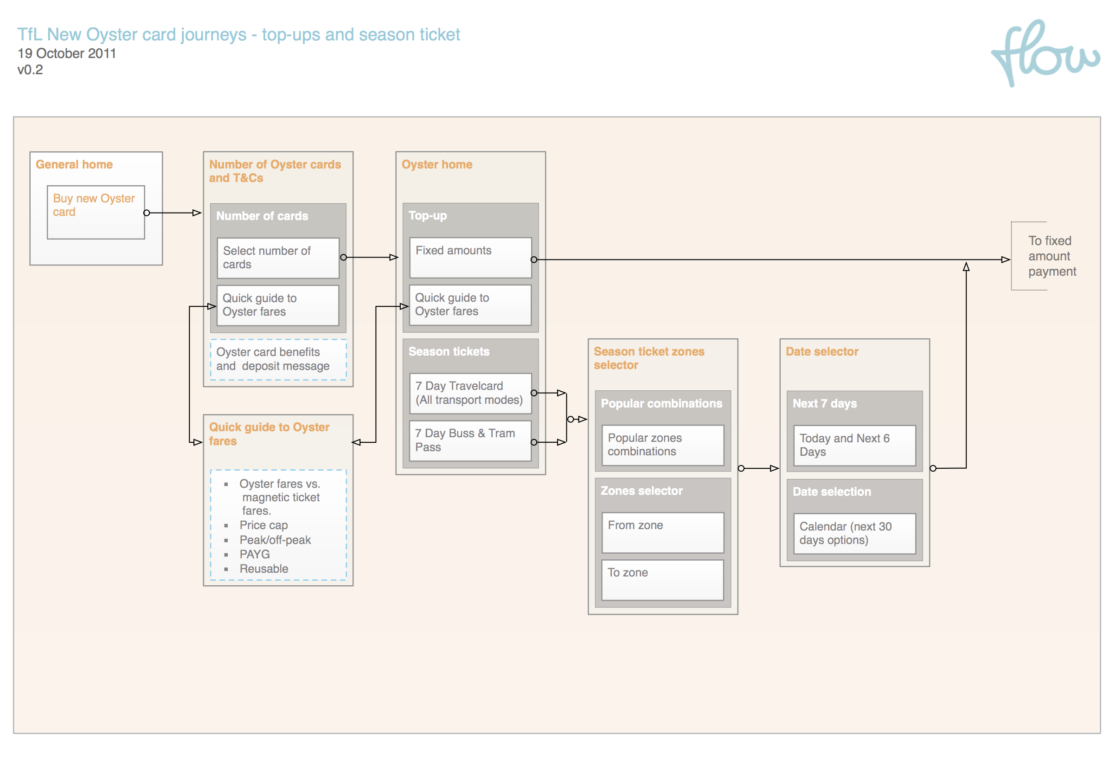 One of TfL’s key concerns was ensuring that we were keeping purchase journeys as quick as possible. We had to avoid introducing long queues in ticket halls at all costs. Therefore it was important to scrutinise all the journeys to ensure they were as efficient as possible.

In some cases, we added steps when compared to the old system, however this enabled us to make each step as simple as possible, which made decision making easier.

We created concepts for each user journey, that were taken into user research and iterated.

Working at a low-fidelity at the beggining also proved to be an effective way to tease out a lot of the complex business rules that existed for ticket purchases. 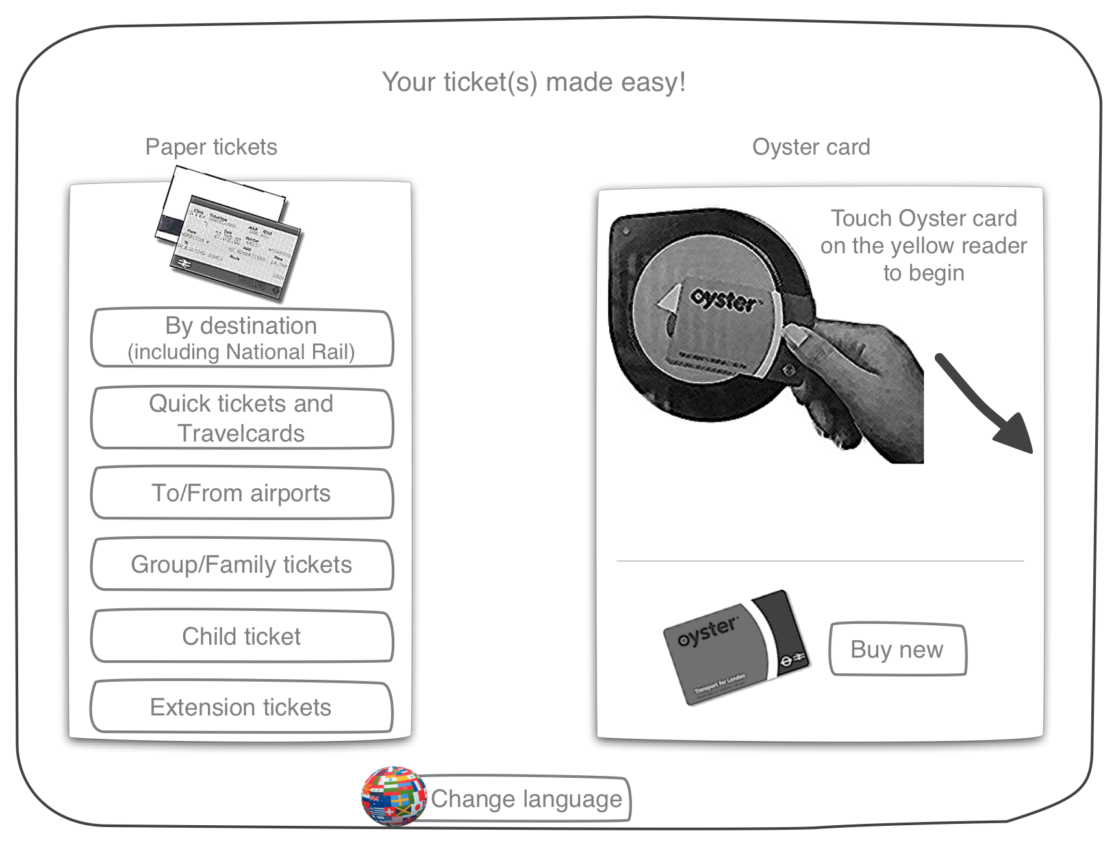 The concepts were iterated further and then we developed them into a prototype.

Below is a comparison of the home screen before and after we tested the prototype. One of the key changes came from noticing that people we touching their Oyster cards to the screen rather than the reader. Therefore we introduced stronger directional cues to help guide the user off-screen towards other parts of the machine.

After further testing and iteration, we created a style guide for designers and developers.

The style guide enabled TfL’s development partners to build the product. It also provided a foundation for any future work on the ticket machines. 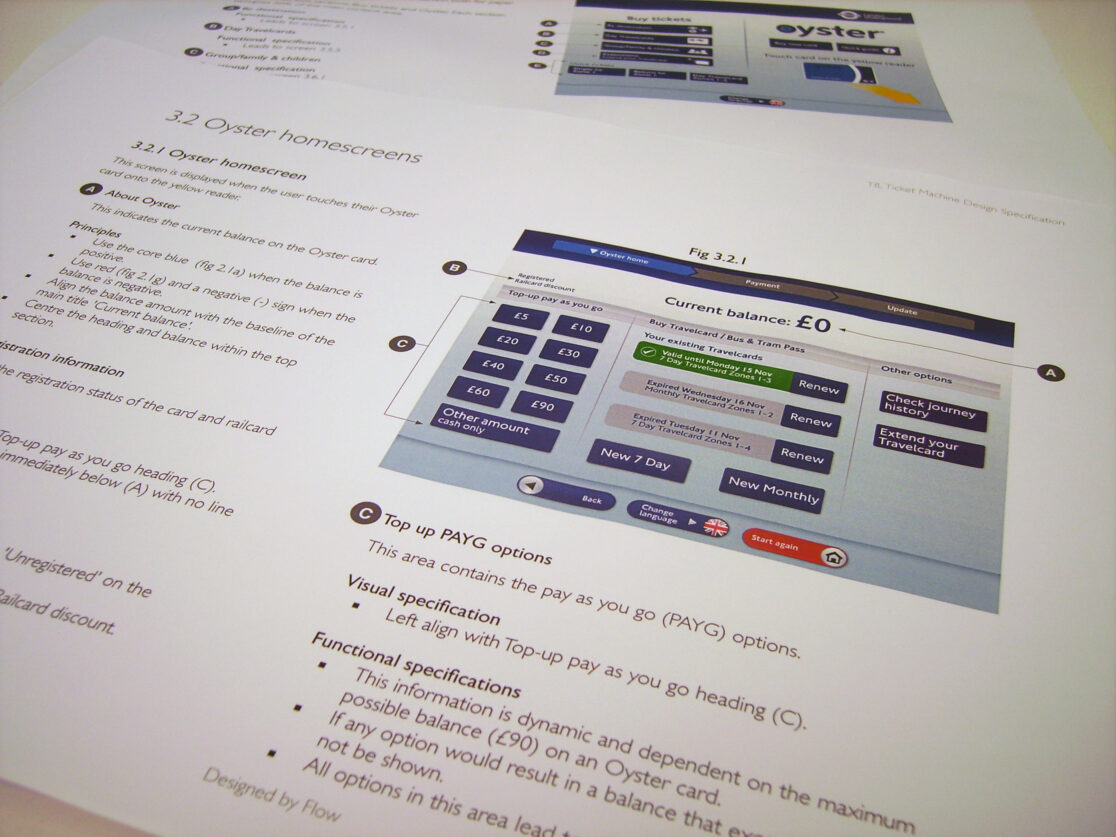 The new interface went live in June 2014 and has helped Transport for London meet it’s commitment to focus on customer experience. The final design cut down the duration to complete key user journeys and therefore reduce queuing at busy times.

Below is a comparison of the Oyster top-up screen before and after the redesign.