YouView is a TV platform blending free-to-air digital TV with On Demand services.

I am the Lead Interaction Designer working as part of a team designing the ‘Next Generation’ YouView. A complete redesign of the platform covering backend services, front end technology and user experience.

As part of an ‘Innovation Sprint’ I helped to run a workshop alongside other members of the YouView team. The workshop was focused on generating ideas about YouView’s content discovery experience.

We ran a workshop with all the members of the Discover cluster*, a multi-disciplinary team responsible for content discovery across YouView.

The focus of the workshop was to come up with ideas for new content Discovery experiences and the day was structured like this:

*Cluster is a YouView term for an agile multi-disciplinary team, sometimes referred to in other organisations as ‘tribes’ or ‘squads’. They consist of a Product owner, Project manager, Designers, Developers, Test engineers and Data analysts. 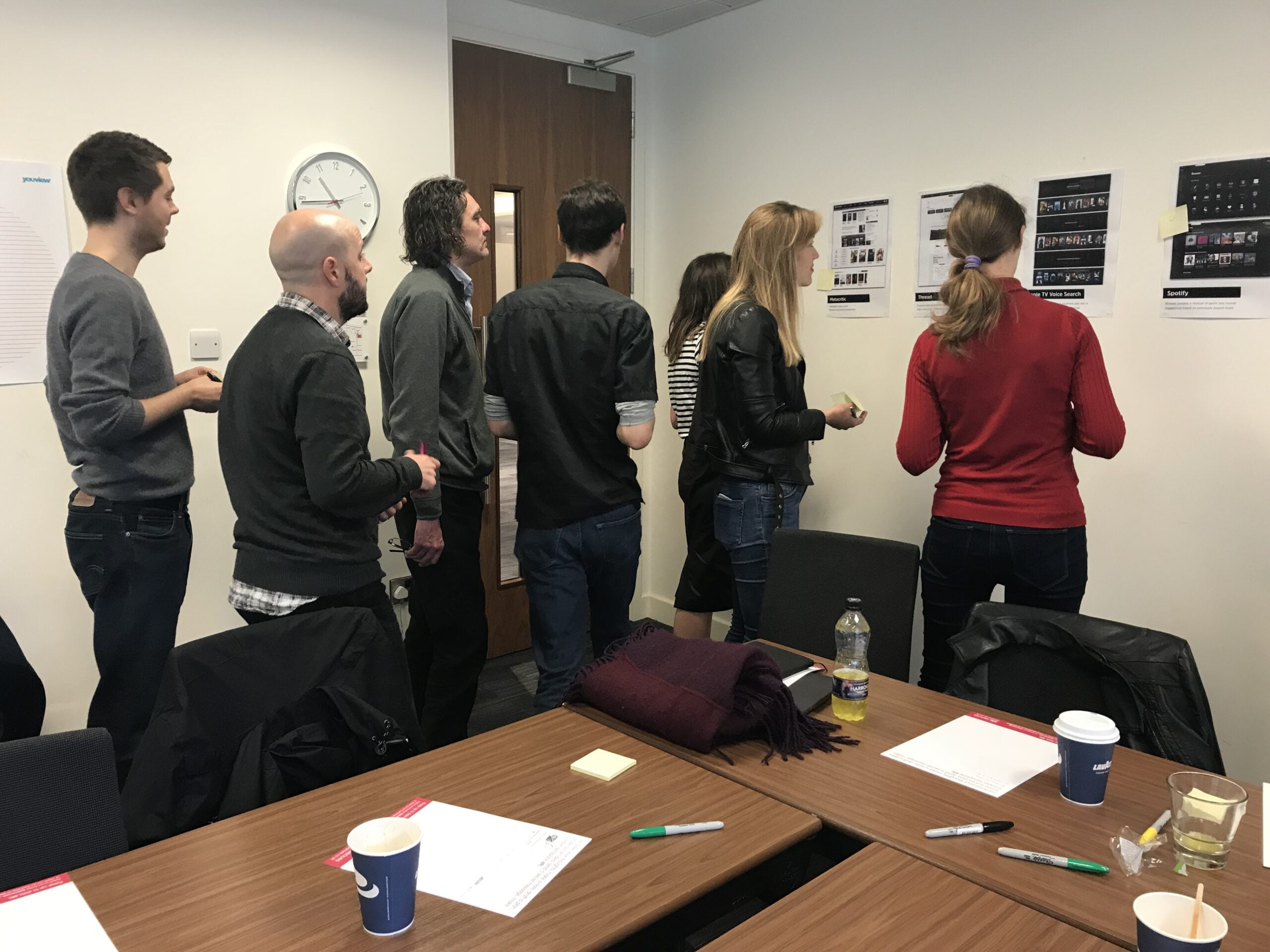 When designing Next Generation YouView we often refer to three common user mindsets:

I know what I want to watch

I don't know exactly what I want, but I'll know it when I see it

I have no idea what I want to watch

As we were designing Discovery experiences, we focused our efforts on supporting the two groups of users who don’t know what they want. 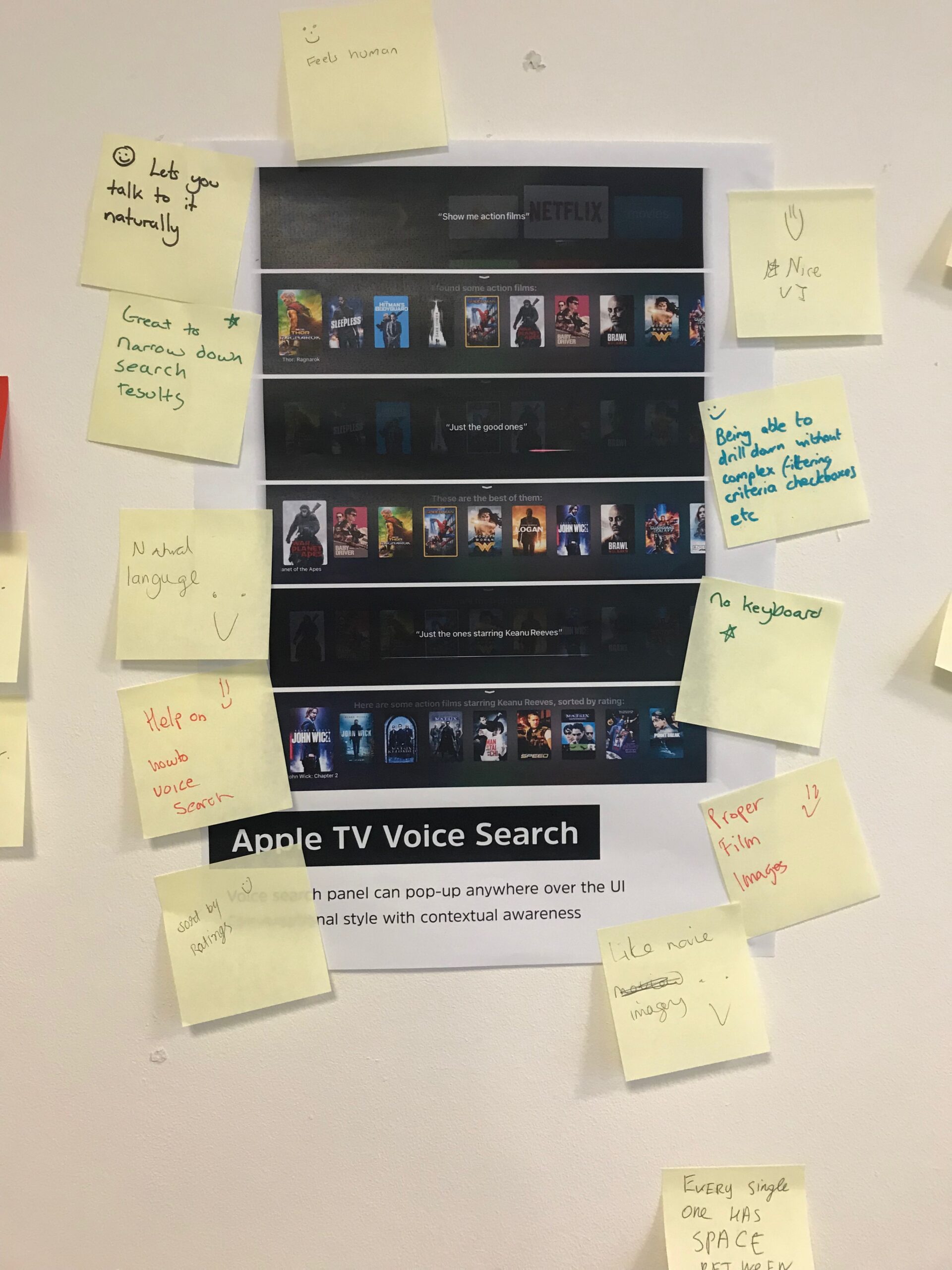 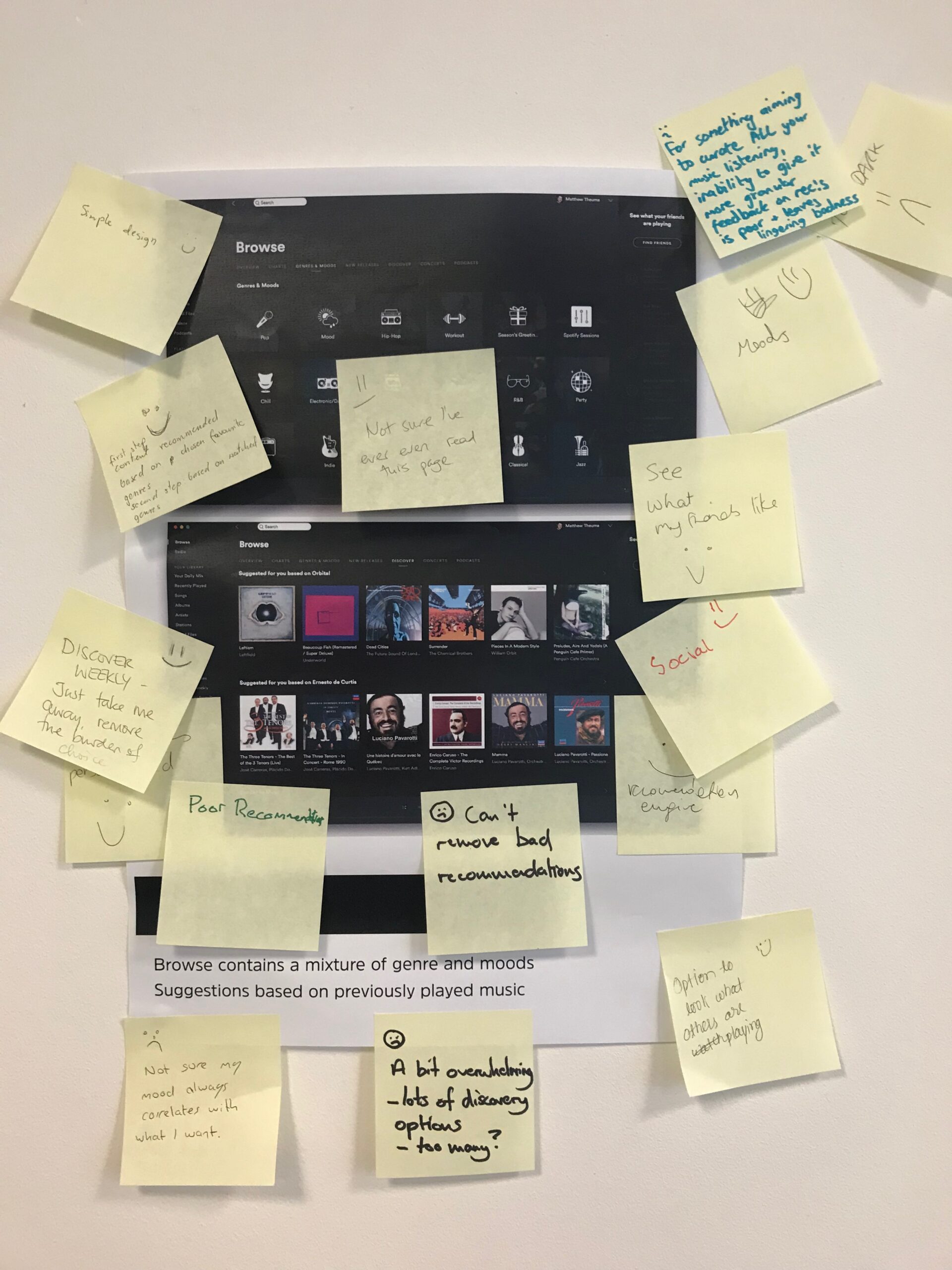 I ran an activity with the group where we reviewed the discovery experiences of eight competitor products. People looked at each product and then wrote down what they liked and disliked about each one.

We then looked for patterns in the positive and negative feedback. This was used to help guide our own design ideas later in the day.

We split into teams and spent some time developing different ideas. We used the information that was presented earlier in the day to help answer a brief:

This was the seed with which each group was able to generate a number of different ideas. At the end of the session, each group prioritised and presented their own ideas. We then did a ‘dot voting’ exercise to see which ideas were the most popular among the wider team. 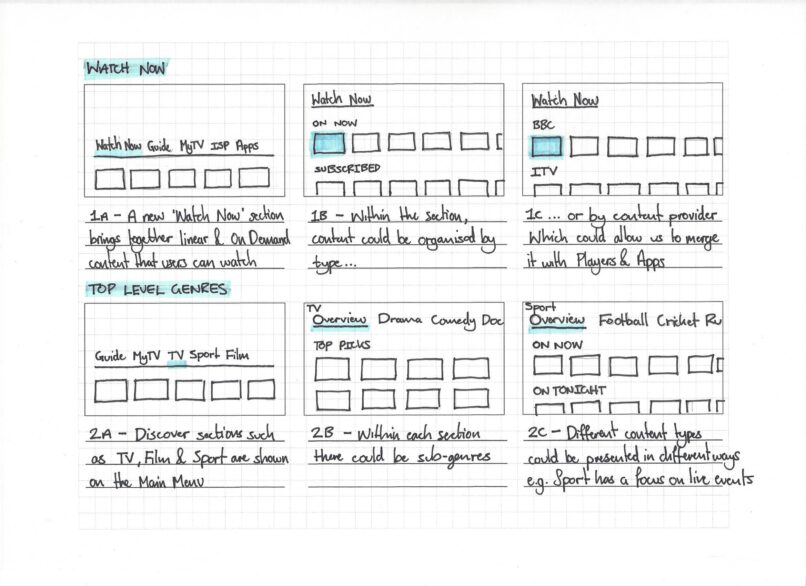 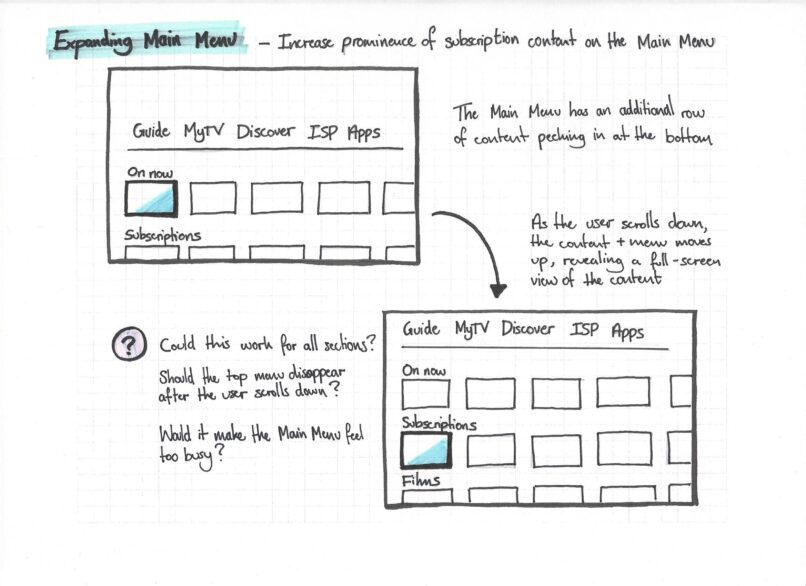 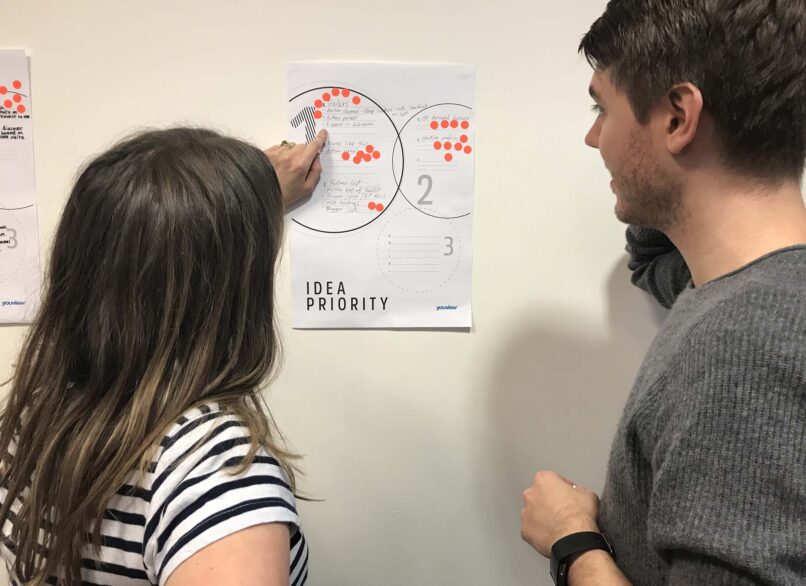 After the workshop, I was tasked with taking some of the ideas and presenting them to our shareholders as a possible future vision for content discovery on YouView. To start the process I created some wireframes to help me communicate the ideas. 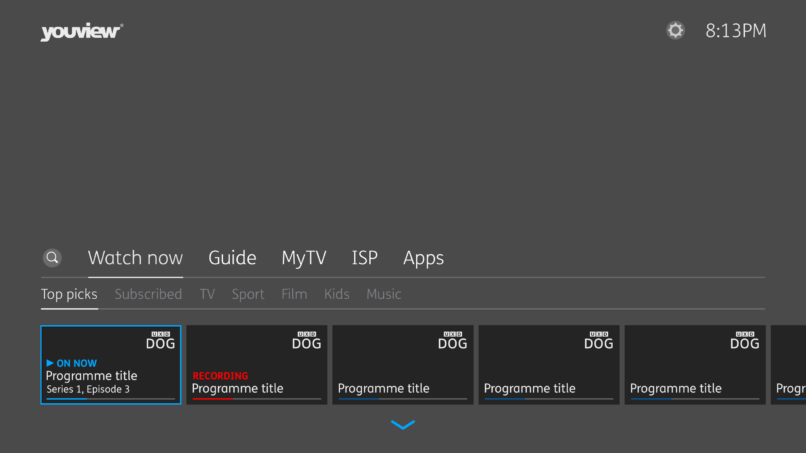 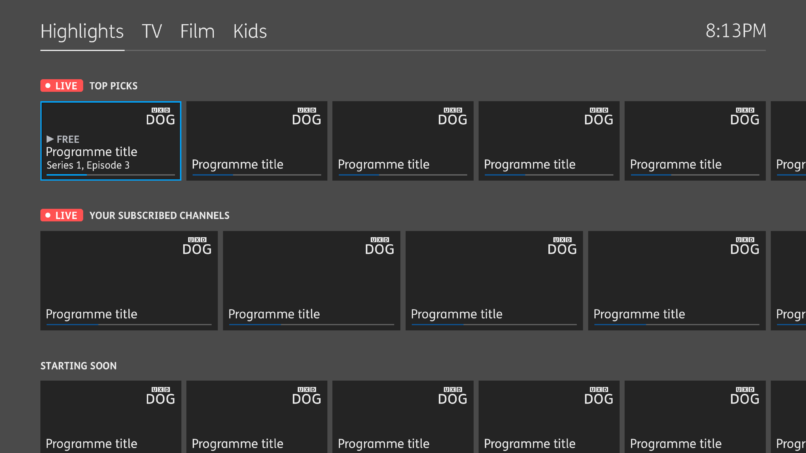 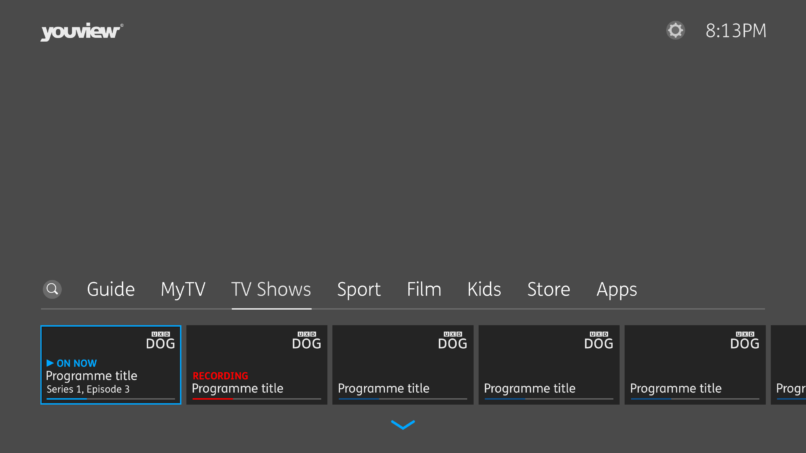 Following a presentation to our shareholders, I then began to develop the strongest ideas further, with a view to getting feedback from customers during some upcoming user research. 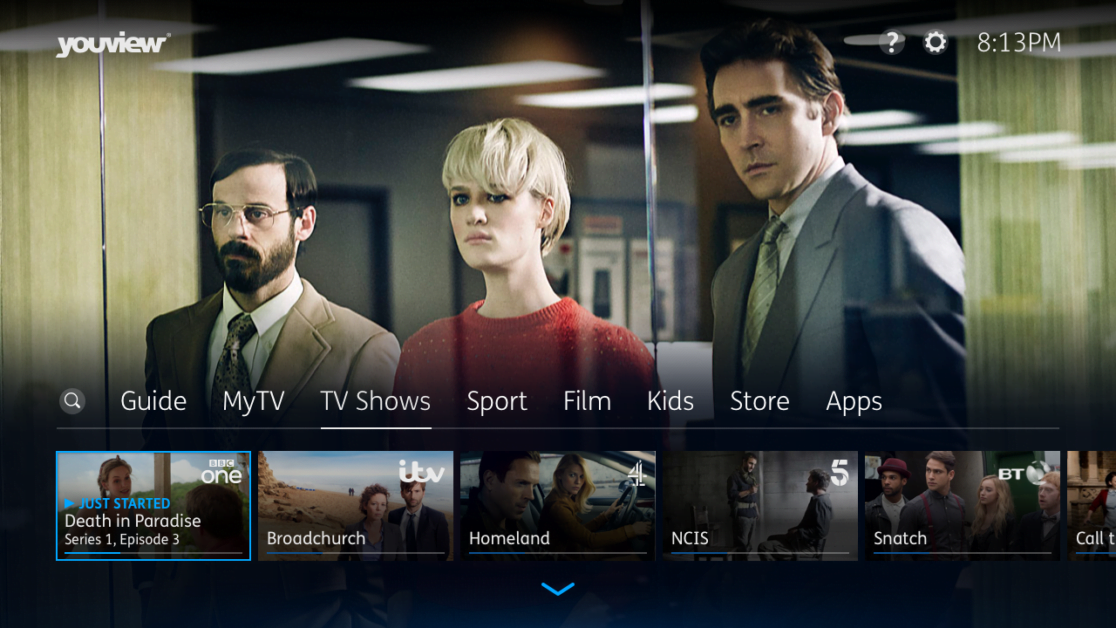 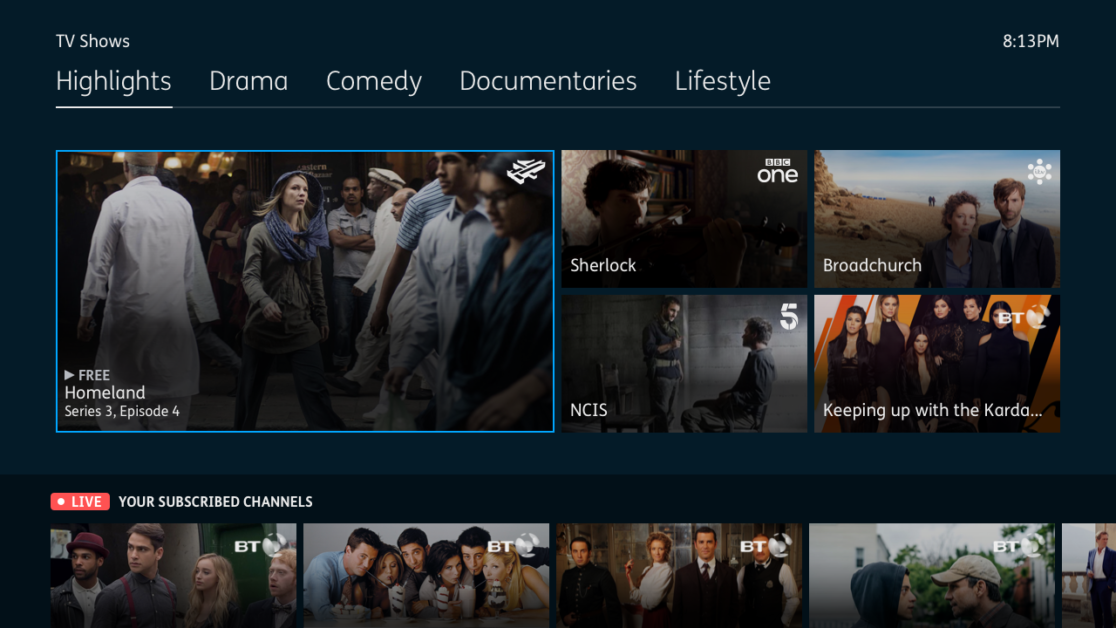 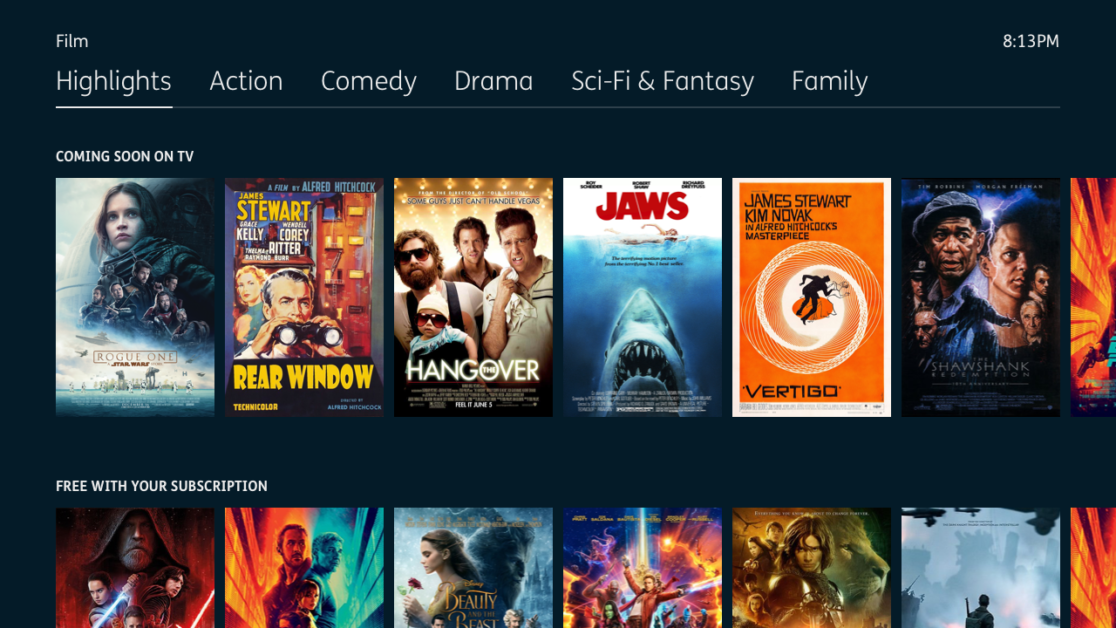 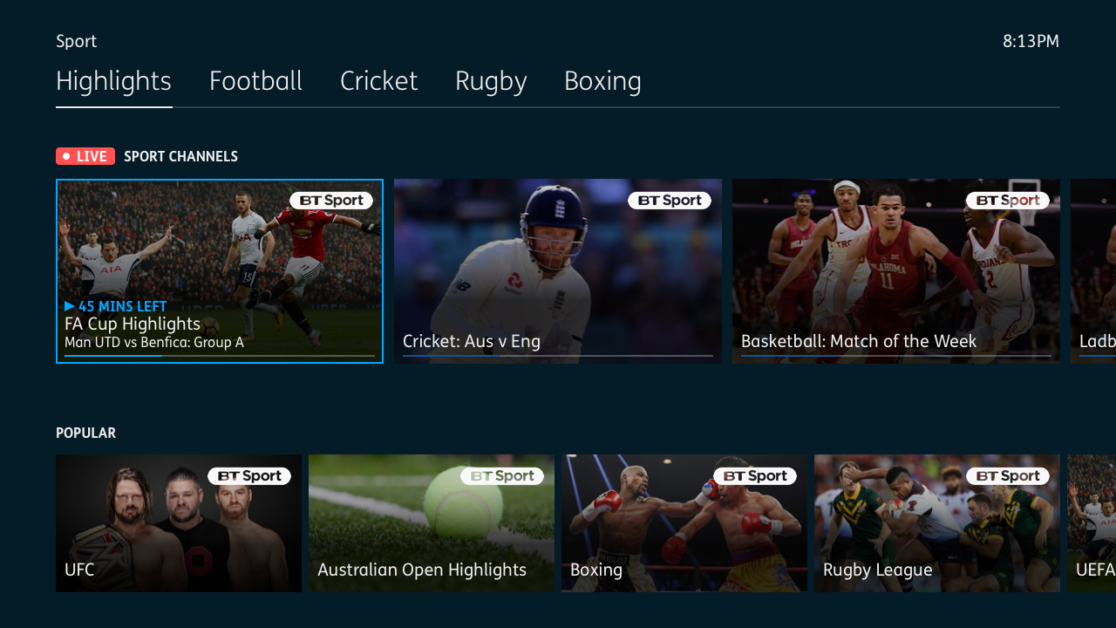 We had some users coming into the office to take part in research for another part of YouView, so we thought we’d take the opportunity to get some feedback on the concepts.

I started by creating a questionnaire for the users to fill out at home. We wanted to find out how they were discovering content and what affected their discovery journey.

During the session, we discussed content discovery, showed users the concepts to get their feedback and also conducted a card sorting exercise to find out how they prioritised different types of content.

Following on from the user research I created a prototype to bring the concepts to life. The aim of this prototype is to both share the vision within YouView, but also to enable us to conduct more user research in the future.

The next steps are to run some ethnographic research in customers’ homes to find out more about how they are discovering content. The output of this research will then be used to iterate on the concepts and prototype…